Panoramic pictures – commonly called “yard-long” photos – became popular in the early 1900’s and were a World War I craze. They were popular through the 1950s and are still being made today. Scenic panoramas were not the best seller. All commercial panoramic photographers specialized in pictures of large groups. (People bought pictures in which they were included, so the more people in the shot, the better the sales.)

The photos were made by a large Cirkut camera which sat on a platform on a tripod. Both the camera and the film moved in such an ingenious, synchronized way as to create a yard-long image.

Delegates to National 4-H Camp on the Mall and to National 4-H Congress in Chicago often posed for the long pictures. Normally there was no attempt to identify the individuals in the photos, however most of them were amazingly clear and people could readily identify themselves and their friends. 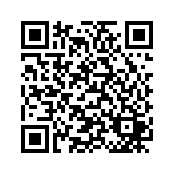