This is the tenth and final article in the series, reprinted from 1962 National 4-H News, which featured people identified by Extension Service professional staff members as “folks who helped make 4-H great.”

It is entirely fitting that this alphabetical series of ten articles should close with a review of Thomas E. Wilson’s influence on today’s 4-H program. For 4-H is made great by two widespread circles of cooperation. One is the teamwork of federal, state and county governments providing public financial support for 4-H. This is the source of the title “Cooperative Extension Service,” parent agency to 4-H.

In the creation of the other important cooperative alliance in 4-H – that between business and government – this giant of the meat-packing industry, Wilson, played one of the leading roles.

Congress created the Cooperative Extension Service in 1914, thus establishing boys’ and girls’ club work officially. Just four years after this starting date – in 1918 – Wilson made his entry into this field by playing meal host to a group of Iowa rural youths during the International Livestock Show in Chicago. This was one of the forerunners of today’s national awards programs and the generous hospitality offered Club Congress delegates each fall by the large corporations of America.

Wilson also held a key spot in the creation of the National Committee on Boys and Girls Club Work, now called the National 4-H Service Committee. This group has been a meeting point between business and government since 1921. That was the year in which Wilson and a handful of other early friends of club work helped Guy Noble establish the National Committee as a service agency to 4-H.

Having taken over a nearly-ruined meat-packing business in 1916 to create Wilson & Co., this pioneer in 4-H support was under great pressure both financially and for his time and energy. Yet, Guy Noble has recounted, Wilson was always willing to give time and effort to club work whether to discuss organizational problems or to open doors for Noble with important businessmen who might support 4-H.

As the second chairman of the National Committee, Wilson gave some 37 years of conscientious service to 4-H club work. He succeeded E. T. Meredith in this position in 1924 and held it until 1958, shortly before his death.

Some of the specific benefits which Wilson brought to 4-H Club work besides the ones already mentioned could easily be overlooked, because their influence on the program has been subtle. They were important just the same.

For instance, his insistence on getting the finest of speakers and entertainment at the Wilson-sponsored Club Congress banquet set a standard of quality for all future sponsors. His bringing to 4-H support the cream of the business world established an unimpeached relationship that still exists. His support of 4-H in its early days lent much-needed support at a crucial time. His high personal standards set a lifetime goal for the 4-H members he so much enjoyed meeting.

Wilson’s respect for the importance of young people led him to work with many youth agencies. Speaking of 4-H, he set forth the goal of all leaders in club work today: “We all want to aid boys and girls to achieve, to learn and to become self-reliant citizens.” This 4-H pioneer certainly earned the title accorded him by his associates, “The business god-father of 4-H Club work.”

This is the last in a series of articles describing the influence on today’s 4-H program of ten outstanding pioneers in 4-H. these articles have included the following people: E. W. Aiton, O. H. Benson, T. A. Erickson, A. B. Graham, A. G. Kettunen, Guy L. Noble, C. B. Smith, R. A. Turner, Miss Gertrude Warren, and Thomas E. Wilson. Individual articles from the series are available on the 4-H History Website http://4-HistoryPreservation.com

This picture really tells the story. DiAnne Mathre of Illinois and Dwight E. Nelson of Iowa, top Citizenship boy and girl at the 1949 National 4-H Congress stand with Thomas E. Wilson. The awards were made in honor of Mr. Wilson. The deep admiration of Thomas E. Wilson by the Congress delegates for four decades is reflected in the faces of these two winners.

For tens of thousands of 4-H delegates who journeyed to Chicago for National 4-H Congress and the International Live Stock Exposition, you needn’t say anything more by way of explanation. Thomas E. Wilson Day says it all. The much anticipated annual event was unique. It was thrilling. It lived up to all expectations. And, no one enjoyed it more than Thomas E. Wilson – the man who planned it. The man who paid for it.

Thomas E. Wilson Day actually started before National 4-H Congress. The very first one – held by happenstance – occurred on December 6, 1916 during the International Live Stock Exposition – the largest livestock show in the world, held annually at the Chicago Union Stockyards. During that year’s Exposition Thomas E. Wilson had come to view the cattle. He owned one of the top herds of Shorthorns in the country. He happened to see a group of club boys examining the exhibits and stopped to talk to them. He saw that they were keenly interested in what they were viewing. Years later, Wilson recalled, “I thought perhaps I could help them in some way.” He started that very day by inviting the 11 boys and their leader to lunch with him.

Little did he anticipate that these few boys and their leader, breaking bread with him over lunch, would grow to an annual event with well over 2,000 in attendance and continue for over 40 years. So who was Thomas E. Wilson? In 1917 he was hired to take over the management of a failing meat packing company in Chicago, which was subsequently named after him, making Wilson and Company the third largest meat packing company in the country. In 1926 he created one of the most recognizable brand names in the world, known as Wilson Sporting Goods. He served as President and Chairman of the Board of Wilson and Company for 35 years. He was one of a small group of businessmen who created the National Committee on Boys and Girls Club Work (forerunner to National 4-H Council) in 1921 and served as the National Committee’s president for 34 years, from 1924 to 1958, the year he died. He was one of the greatest friends in the long 4-H history.

The first Thomas E. Wilson events were very low key. The January 1919 issue of “The Wilsonian,” the Wilson & Co. employee newsletter, reports that 76 boys and girls from Oklahoma, Mississippi, Indiana and Wisconsin were guests of Wilson and Co. on December 4, 1918 to celebrate their success in winning trips to th International Live Stock Exposition. “Mr. Wilson was host to the boys and girls at a luncheon in the company’s restaurant. Many of the youthful livestock raisers were attending the convention at the expense of the packing company. The boys and girls were taken through the various departments of the packing plant and were told of methods of handling food products. They were interested in noting the slaughter, dressing, chilling, cutting and shipping of beef. When Mr. Wilson explained to them the different cuts of beef and told them how certain breeds of animals produced certain grades of beef, they listened attentively and made many notes.”

By 1921 National 4-H Club Congress was established, held at the same time as the International Live Stock Exposition, and Thos. E. Wilson Day became a key event of the Club Congress. Mr. Wilson thrilled in being the special host to these boys and girls from across America and he wanted to give them new experiences for them to remember for many years to come. The dissertations on meat packing evolved in a Thos. E. Wilson Day of tours and a huge banquet, music and entertainment, and was especially noted for its guest appearances — people like Explorer Admiral Richard E. Byrd, Amelia Earhart, Ted Williams of the Boston Red Sox, Chicago Bears Quarterback Johnny Lujack, professional golfer and Olympic gold medalist in track and field Babe Didrickson Zaharias, Hollywood stars Dennis Day and James Cagney and others. One of the highlights of the 1948 Thos. E. Wilson Day party was the first national preview of Walt Disney’s new motion picture, “So Dear to My Heart” with the personal appearance of the boy star, Bobby Driscoll. In later years an impressive Thos. E. Wilson Day printed program was distributed. Several copies of these have been digitized and are in the Print archives on the National 4-H History Preservation website. 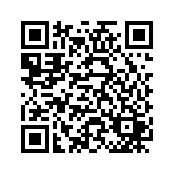