Major Richard I. Bong grew up on a farm in Poplar, Wisconsin, as one of nine children, a member of a strong 4-H family, as noted in a feature in National 4-H Club News. While at Superior State Teachers College, Dick Bong enlisted in the Army Air Corps Aviation Cadet Program. One of his flight instructors was Capt. Barry Goldwater (later U. S. Senator from Arizona). He received his wings and commission as second lieutenant on January 19, 1942, only weeks after the U.S. declared war on Japan. Dick Bong became the United States’ highest scoring ace, having shot down at least 40 Japanese aircraft during World War II [Surpassing Eddie Rickenbacker’s American record of 26 credited victories in World War I.] Bong was a fighter pilot in the U. S. Army Air Force and a recipient of the Medal of Honor, at a special ceremony in December, 1944, from General Douglas MacArthur.

Near the end of the war, Major Bong became a test pilot assigned to Lockheed’s Burbank, California, plant, where he flew P-80 Shooting Star jet fighters. On August 6, 1945, his plane’s primary fuel pump malfunctioned and Dick Bong was killed; news of his death shared headlines in newspapers across the country with the bombing of Hiroshima. Bong is well remembered and memorialized in several settings: the Richard Bong State Recreation Area on the old site of Bong Air Force Base in Kenosha County, Wisconsin; the Richard I. Bong Memorial Bridge in Duluth, Minnesota; Richard I. Bong Airport and Richard I. Bong Veteran Historical Center in Superior, Wisconsin; Richard I. Bong Bridge in Townsville, Australia; Richard Bong Theater in Misawa, Japan; as well as streets and avenues with his name in Glendale, Arizona, Anchorage, Alaska, Spokane, Washington, San Antonio, Texas, Mount Holly, New Jersey, and Okinawa, Japan.

4-H Alumni Distinguished Themselves in World War II and Beyond

The October 1945 issue of National 4-H Club News announced that Col. Creighton W. Abrams is now home in triumph in Agawam, Massachusetts. Abrams was a 4-H’er for several years, raising baby beef. During the war he served as tank battalion commander with Gen. Patton’s army. [Later, as a U. S. Army General, Abrams commanded the military operations in the Vietnam War from 1968-1972.] 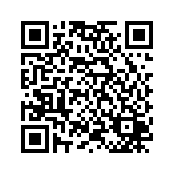