When an accident claimed two fingers from Oscar H. Benson’s right hand while he was sawing wood as a boy, it proved to be a cloud with a silver lining for 4-H Club work. The occurrence spurred Benson’s desire to get a college education. And that learning later put him in a position of great influence on the early rural youth work in America.

First as a superintendent of schools in Wright county, Iowa, from 1906 to 1911, then in Washington, D. C., in Farmer’s Cooperative Demonstration Work, Benson was a leader in teaching demonstrations, now a universal method in 4-H. He was one of the first men, if not the first, to apply the cloverleaf emblem to rural youth club work. (In 1909, he was using three-leaf clover pins – representing head, heart and hands – as an achievement award to farm boys and girls.) And he was a keen promoter of state college-federal agreements on rural youth work.

A question in 4-H as yet unanswered by positive evidence is on the origin of the cloverleaf emblem. Benson was using it in Wright county; at least one other Iowa county had cloverleaf pins at about the same time. Originally or not, Benson was a prime force in getting the 4-H emblem adopted nationally in 1911, soon after he moved to Washington.

In early 1911, he was preaching “head, heart, hands and hustle” to the farmers of South Carolina and their children. Early pins showed the H’s, plus a symbol of the type of club the recipient belonged to – corn, cotton, etc.

In 1912, Benson was transferred to the Office of Farm Management in the U. S. Department of Agriculture. During that year he engineered the first state college-federal agreement for the promotion of rural youth club work in the North and West, his special area of operation, during a trip to his native state of Iowa. Indiana, Nebraska and other states quickly followed with cooperative agreements.

Traveling widely, Benson spread the influence of the teaching demonstrations with his pressure cooker and other canning equipment. He worked hard to convince some home economists that the pressure cooker was superior to the open-kettle method of canning for homemakers.

Oscar H. Benson was born on a farm near Delhi, Iowa, in 1875. He spent his childhood on livestock and fruit farms. College work in Iowa and elsewhere prepared him for teaching. After several years of country school teaching, he was elected to the Wright county superintendent’s post in 1906. There he encouraged farm youth to plant demonstration corn plots and encouraged agricultural improvement in other ways.

One innovation was his unusual form of commencement exercise. Instead of the usual schoolroom ceremony, he would have a tent erected outdoors and use the stage for livestock judging and grading lectures as well as the traditional graduation exercises.

After leaving the USDA in 1920, Benson worked hard in other youth movements. He developed Junior Achievement clubs and served for 15 years as National Director of Rural Scouting in the Boy Scouts. 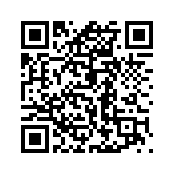