In 1924, a few weeks before the Livestock Expo and the National 4-H Congress were scheduled to begin, M. S. Parkhurst, president of the Stock Yard Company which managed the International Expo called Guy Noble, director of the National Committee on Boys’ and Girls’ Club Work, which managed 4-H Congress, into his office and posed a question. He asked if Noble would consider having the delegates to the Congress form a parade in the arena one evening of the exposition, directly following the horse show. The deal was made.

Noble composed slogans for signs to be used for the parade, telling about the overall enrollment and listing the principal projects, what 4-H Club work meant to farm youth, and who administered the program. Signs were built and painted, the larger signs measuring four feet by ten feet with a standard at each end so they could be held aloft when carried. There were signs showing names of every project and every state.

The night the parade was to be staged, the 2,000+ boys and girls and their leaders were being entertained by Thomas E. Wilson at his meat-packing plant a mile from the Amphitheatre where the Livestock Exposition was going on. Noble recalled that when he emerged from the Wilson auditorium his heart sank. He said, “It was drizzling and miserably cold (December in Chicago). There was no means of transportation to the International, yet he had promised the parade and he wanted to deliver.” Noble cornered Paul Taff, Ray Turner, L. I. Frisbie and a few other leaders who agreed to hold the club members in line and march to the Exposition through the freezing rain along poorly lit streets. They did, with only one State group getting lost. As they stood shivering outside waiting for the horse show that was going on to come to a close, the signs were quickly passed out with names of the states and projects, and as the doors opened Noble led the group into the arena.

Noble recalled, “All was hushed and quiet for the first minute – it seemed to me an hour – then the exposition band struck up a march. I circled the arena at the head of the group, four abreast. The group went around the arena once, and upon reaching the point of entrance, to my amazement the group was still coming in. Mr. O’Connor, assistant manager of the Stock Yard Company, jumped down from the judges’ box and headed me back. So we went around a second and a third time until the entire arena was filled with the fresh young faces of the boys and girls.”

The event was totally unscripted, but by then delegations had taken things into their own hands and were singing and giving State yells. The 8,000 spectators from many states – there to attend the Livestock Exposition, not club Congress – responded by yelling and cheering back at the young people, and soon the Amphitheatre rocked with noise. The spectacle was climaxed by the 4-H parade and audience standing to sing The Star-Spangled Banner. It happened to be the Silver Jubilee Anniversary of the International Livestock Exposition and President Calvin Coolidge was in the audience. (Earlier that year Coolidge had become the first President to accept the Honorary Chairmanship of the National Committee on Boys’ and Girls’ Club Work, a tradition that continued on through President Bill Clinton.) It was reported that the President was seen to enjoy one of his few hearty laughs in public as the Club members were parading carrying a sign reading “We like Coolidge ’cause Coolidge likes us.”

Frank Ridgway, agricultural editor of the Chicago Tribune, reported that “Barney” Heide, manager of the Exposition (who but a few years before had reluctantly granted passes to this group of unknown young people), came into the press box with unashamed tears streaming down his cheeks and said, “Gentlemen, this is the greatest thing that has happened at the International since I have been general manager for the past 30 years.” The next morning 4-H got its first headlines – the front page of the conservative Chicago Tribune. It told about the march in the rain and waiting to get in – and never again were the reporters to look blank when they heard “4-H.” Club work had become big news in Chicago. Likewise, the tradition of the 4-H Congress delegates parading in the Arena during the International Livestock Exposition continued the following year and annually for nearly half a century more. (From the December 1951 National 4-H News)

The December 20, 1924 issue of the National Boys’ and Girls’ Club News, which came out only a few days after the big event at the International Exposition reported that there was a new club song, undoubtedly generated from the 4-H Congress parade earlier that month. It goes like this:

Thousands of 4-H Congress delegates over the years recall their marching in the arena during the Livestock Exposition but probably few realize the significance of the story behind the very first parade in 1924. 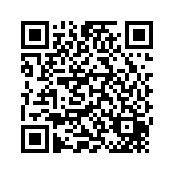