The artist used real people as models, and in this case it was a real County Agent named Herald K. Rippey who served as agent in Jay County, Indiana.

A Nebraska 4-H Development Foundation pamphlet written by Clarice Orr provides an interesting piece of history. It follows, in part: “Artist Rockwell followed County Agent Herald K. Rippey around Jay County, Indiana, and, according to the story, ended up ‘worn to a nubbin,’ but chock-full of farm cooking, tips on how to cull chickens and test soil and warm admiration for his subject.”

Clint Hoover, director of the Nebraska Center Hotel, spotted Mr. and Mrs. Rippey, one summer day, standing in the lobby in front of the painting. Enroute home from a West Coast vacation, they stopped to see the painting in its permanent home at University of Nebraska/Lincoln. Rippey reminisced about 4-H and his brush with fame with Norman Rockwell. Purdue’s School of Agriculture had picked Herald Rippey as the county agent and Rippey selected the Don Steeds, an active 4-H family of Portland, Indiana, as subjects. When Mr. and Mrs. Rockwell arrived in Indiana, he was well pleased with the plans for the setting except for the barn – it was white and he wanted a red one. Although he planned for a spring scene on the canvas, preparations were actually done in the fall. Faithful to detail, Rockwell changed the boy’s winter cap to the proper spring attire. And after Rockwell’s farmer neighbor reminded him that all calves have heavier coats than spring calves, Rockwell repainted the calf.

In 2010, Gama Fuller, the model for the 14 year old 4-H girl in the painting, recalled the experience in an interview with Portland, Indiana’s The Commercial Review. Gama, now 73, a resident of Redkey, Indiana, and her sister, Sharon Smith (also a former 4-H’er), are the only two surviving models portrayed in the painting. Gama’s brother, Larry Steed, is in the painting, as is County Agent Herald Rippey and hired hand Arlie Champ. All three Steed children were active in 4-H, members of the Jefferson Livewires 4-H Club.

The original painting is now housed in the lobby of the Nebraska Center for Continuing Education at the University of Nebraska/Lincoln.

Two hundred full color collotype proof prints were made and 60 were signed in pencil by Norman Rockwell. The National 4-H Youth Conference Center in Chevy Chase, Maryland, has a numbered signed print, a special gift to the Center. 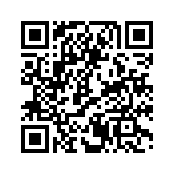