This is the eighth in the series of 10 articles, reprinted from 1962 National 4-H News, which featured people identified by Extension Service professional staff members as “folks who helped make 4-H great.” 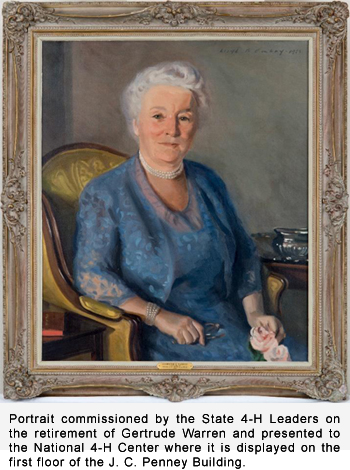 “Guardian Angel of 4-H.” That’s what one Extension veteran has called Miss Gertrude L. Warren, one of the earliest 4-H workers still active in the service of club work.

A review of the contributions this fine lady of 4-H has made to present-day club work quickly justifies the title.

Among her contributions, the greatest in subject matter is undoubtedly the broadening of girls’ 4-H work. Canning was the only national home economics project when Miss Warren came to 4-H in 1917. Today’s program includes clothing, room improvement and many others. These projects help more fully to meet the needs of 4-H members and their homes and communities.

Not only did Miss Warren introduce the new projects into the 4-H picture; she also had to prepare much of the written material for them. That was necessary then in order to get material to 4-H girls which was written at their own level. Since then, Extension home economics specialists in each state have produced 4-H literature. Miss Warren’s influence and insistence helped effect this change.

Only part of the picture of this early 4-H worker’s service is portrayed, though, by her work in home economics. She led major advances in many phases of 4-H. The following are only a few:

Brought up on a New York farm, Miss Warren went into home economics teaching while still a student at Columbia University. She went against the advice of many friends when she went into Extension work a year after her graduation in 1917. She was leaving a promising career in an established field to move into the unknown area of 4-H Club work.

After 35 years of service, she retired in December, 1952, and has continued active ever since in 4-H affairs. She is still the guardian angel of 4-H, always ready to combat those who would exploit 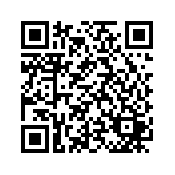