At the National 4-H Center in Chevy Chase, Maryland, stroll out of J. C. Penney Hall from the Farley Lobby (named after George L. Farley, Massachusetts State 4-H Leader, 1916-1941, step down a few steps and you’re in Danforth Court. Danforth Court was a gift to the National 4-H Center by the Danforth Foundation in honor of William D. Danforth, founder of the Ralston-Purina Company and the Danforth Foundation.

In 1959, Ralston-Purina commissioned sculptor Carl Mose to execute the statue of a boy to be symbolic of American Rural Youth for the grounds of the Ralston-Purina Experimental Farm at Gray Summit, Missouri. Donald Danforth, then president of Ralston-Purina, gave a bronze copy of that statue entitled “The American Farm Boy” to the National 4-H Club Foundation. It was placed in the space between the middle and north wings of the original main building as they were being remodeled to open as the National 4-H Center. Danforth Court was dedicated the same day that the 4-H Center was officially opened by President Dwight D. Eisenhower.

Later, Donald Danforth commissioned Carl Mose to execute a new bronze statue of “The American Farm Girl” to be placed at the National 4-H Center. Dr. Margaret Browne, then Director, Division of Home Economics, Federal Extension Service, USDA, dedicated the statue at the 1963 National 4-H Conference. “Through the years,” she said, “this will challenge young people to stand tall, smile tall, think tall and live tall. I think it’s specially fitting that this figure of a girl joins the figure of the boy in this beautiful garden – symbolic of the equal opportunity that young people enjoy in our wonderful nation. Today, both girls and fellows can have [as] their goal a career in science, in education, in art, in government.”

More on these statues can be read in the September 2013 National 4-H History Preservation Program Newsletter on the history website. 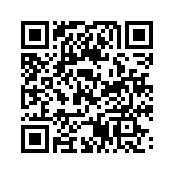