‘Tis the season for pumpkins, goblins, corn mazes and (apparently) pumpkin-spiced lattes. Whether your 4-H Club is in a rural area or in town or city, these long-honored traditions can be a part of your October. Even corn mazes are near many towns.

Speaking of corn well before mazes became popular, the Otwell corn-growing competition garnered great publicity in Illinois in 1905. But the parade! What a spectacle!

The Health H was the last to be added to the four-leaf clover symbol. But you can build many educational activities around that important part of 4-H education. Do you have more ideas of how to celebrate the Health H in your programs?

Surely you’ve heard of “Mulligan Stew,” and maybe you participated in it. Can you recall what year it premiered as a 4-H educational series?

Who is Chris Clover? Rumor has it that he or she is a long-honored spokesperson for 4-H around the country. Tell us whether he or she has shown up in your county yet.

We again feature one of the several people who “made 4-H great;” this one is credited with starting a hot lunch program in schools, pretty significant in 1907!

We’re pushing the “Map Your 4-H History” this year at NAE4-HA. Think of historic sites in your area that you want to be documented on the internet-based, publicly-accessible atlas of 4-H History. Easy to do, and your site will be recorded forever.

Haven’t got your Halloween costume ready yet? How about going as Chris Clover! If not, stay home and take pictures of the Trick-R-Treaters while you sip your pumpkin-spiced latte and enjoy this issue.

A local store window display for National 4-H week in 1942 resembled one we saw on Twitter this year in that both referred to the growing of 4-H. The 1942 version was “4-H, Strong and Growing” whereas 2015 is more individually oriented with “4-H Grows Teamwork, Curiosity, Resilience, Courage and so much more! 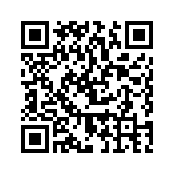