The story of Black History Month began in 1915, 50 years after slavery was abolished in the United States (and one year after the passage of the Smith-Lever Act). In 1926 the Association for the Study of African American Life and History (ASALH) sponsored a “National Negro History Week.” The second week of February was selected to coincide with the birthdays of Abraham Lincoln and Frederick Douglass. President Gerald R. Ford officially recognized Black History Month in 1976. (Excerpted from http://www.history.com/topics/black-history/black-history-month )

The National 4-H History team continues to build the repository of historically significant resources that document the history of African American 4-H programs.

West Virginia initiated “camp-outs” in the 1920s for African American youth and had the first African American State 4-H Camp (Camp Washington-Carver), as well as many segregated county camps. Learn about the beginnings of this camp at:

4-H’ers from 11 Southern States participated in the American Negro Exposition held in Chicago in the summer of 1940 to celebrate “the 75th anniversary of the Emancipation Proclamation and the achievements of African Americans.” Extension had a prominent spot for the duration of the exposition with 4-H members giving demonstrations on projects and skills they were learning including sewing, canning, raising chickens and hogs, and peanut farming.

In 1965 black 4-H’ers in South Carolina “attended the State 4-H Club Week at Clemson University, the National 4-H Conference in Washington, DC, and the National 4-H Congress in Chicago with white 4-H’ers from South Carolina for the first time.” Passage of the Civil Rights Act brought changes to 4-H but not without challenges. When separate programs were eliminated, some programs were discontinued until adjustments could be made. (From The History of South Carolina Cooperative Extension Service by Clyde E. Woodall, http://www.clemson.edu/extension/100/background/145.html )

The Association for the Study of African American Life and History (founders of Black History Month) has selected Hallowed Grounds: Sites of African American Memories as the theme for this year’s celebration of Black History Month. It is to bring attention to the centennial celebration of the National Park Service and the more than twenty-five historical sites and the Underground Railroad Network to Freedom that are part of America’s hallowed grounds, including the home of the father of black history, Dr. Carter G. Woodson.

You can map significant people, places, and events that help to tell the story of African American 4-H programs in your state by participating in the 4-H History Map Project at http://4hhistorypreservation.com/History_Map/ and by getting involved in “Voices of 4-H History” at http://4-HHistoryPreservation.com/1890/. 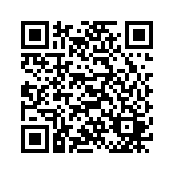