The year 1985 was a significant year for National 4-H Council regarding how former participants of the 4-H program felt about the program… the impact. At that time 4-H had 40 million living alumni. This is an overwhelming figure, but yet remained basically meaningless… valueless… without some further explanation or documentation. Who are these alumni? What do they think about their 4-H experience? Was it of any sustaining value to them?

Donors assisted with some surveys, carrying an alumni query response card as an insert in their house organ. Others placed an alumni identification “stuffer” in with their monthly customer credit card mailings. Direct mail appeals… one over Roy Rogers’ signature, were done.

Additionally, responses from the alumni were traditionally very positive relating to their 4-H experiences. Many 4-H alumni credit 4-H with selection of their career. The skills taught in 4-H relating to public speaking and record-keeping also were mentioned over and over again. And, third, many respondents continued to be involved, either as local leaders or 4-H parents.

Results of all of these surveys became a strong part of a promotion program, keeping alumni informed and engaged and ultimately as resources for knowledge, as well as dollars!

Although the actual results of the surveys completed in 1985 have not yet been located, the best record of this effort is a copy of a speech given by Council’s Communication Division Director Larry Krug at the 1985 National 4-H Donors’ Conference in Chicago entitled “An Investment Report: Allegiance of Former Participants.” This will soon be digitized and placed in the Books and Printed Materials Archive on the 4-H History website. 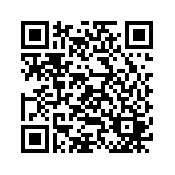