Rural one-room schools in this country were, at the birth of the 20th century, the gathering place of youth without a great deal of hope. Or so many educators such as A. B. Graham thought as they observed the attitude of farmers and farm youth toward their own lot in life.

The farmer was then a “hick” in the eyes of city folks. Farming was a plodding existence, calling for not much ingenuity or thoughtfulness, many farmers felt.

To lift the vision of farmers was the goal of many early pioneers in boys’ and girls’ club work – O. H. Benson, T. A. Erickson and others. In Springfield township, Clark county, Ohio, school superintendent Graham decided to kindle new enthusiasm for rural life in the hearts of his students.

His technique for doing this was the formation, in January, 1902, of an agricultural “experiment club.” He showed members some litmus paper and suggested that they test the soil on their fathers’ farms. Later he introduced more science into club work with a microscopic examination of frogs’ blood circulation and other eye-openers for the farm youth. Perhaps the greatest contribution this pioneer made, however, was in building the prestige of 4-H Club work in the minds of Extension workers and the public alike. He left school work in 1915 to go to Washington, D.C., as head of agricultural specialists in the federal Extension Service.

Seeing the growing impact of 4-H on agriculture, Graham influenced federal Extension specialists to write 4-H bulletins and make suggestions for club work in the states.

W. H. “Billy” Palmer, who became the first state 4-H Club leader in Ohio in 1916 – shortly after Graham left the Buckeye state – and who built 4-H into a great program there, recalls that “about the only 4-H literature we had in Ohio in the early days was from Washington D.C. It was written by specialists there.” Graham encouraged that help, he adds.

Graham was a prolific writer himself, and a practical philosopher who is still quoted widely. He did little writing about 4-H until his latest years of life, however, since agriculture was his primary interest. He had promotional abilities with which he served 4-H along with his ability as a practical educator.

Evidence of his practical nature is the fact that Graham started local projects in the early years in Ohio. He helped cast the mold for present-day 4-H Clubs by forming actual clubs (much of the early youth work in other places was in the form of contests), electing officers, promoting exhibits, drawing up report forms, and encouraging projects at home.

The 4-H pioneer started life on a Champaign County, Ohio, farm on March 13, 1868. He had several years’ experience before taking the Clark county job. In 1914 he took charge of Extension work at the New York School of Agriculture after serving as superintendent of Extension at Ohio State University for 9 years. His years of work at the Federal Extension Service began in 1915, and he retired in 1938.

Almost to the time of his death in early 1961, Graham was a tireless worker for 4-H in his native state of Ohio. He attended meeting after meeting to build youth work, a fitting climax to a life of service. 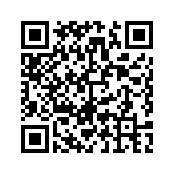