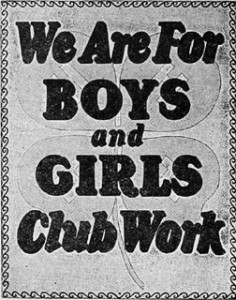 National 4-H posters were popular visibility tools in 4-H for decades. The first national poster was created as a sales item by the National Committee on Boys’ and Girls’ Club Work in 1924, a year before the National 4-H Supply Service was even launched. It showed a large 4-H clover emblem with the words, “We are for Boys’ and Girls’ Club Work.” It was suggested by Gertrude Warren, 4-H/Extension Service, USDA.

Throughout the rest of the decade of the 1920s, the National Committee on Boys’ and Girls’ Club Work produced annual posters which were distributed throughout the Extension System and to donors, and then offered for sale through the Supply Service. The last of this series apparently was the poster issued in 1931. Due to the Depression, no new posters were issued until after World War II. There were, however, a couple of wartime 4-H posters produced and offered through the National 4-H Supply Service.

Following many years of providing 4-H leaders and agents with free posters by simply writing their headquarters, in the late 1960s Coats & Clark started offering the posters for a fee – 5 cents each (order in multiples of 20). They were available from the county agent or state
4-H office, not from Coats & Clark.

Many of the annual poster artwork pieces were painted by the famous artist, William C. Griffith, who also was the artist for about 15 of the historic 4-H calendar art pieces. 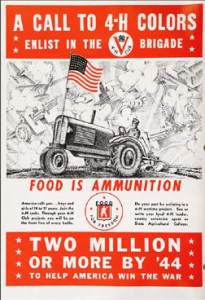 National 4-H Poster Art Exhibit, created by Mrs. Fern Kelley, program leader, 4-H, Extension USDA, confirmed that the 4-H Poster Art Program, which was held for the first time in 1970 was such a tremendous success that it would be continued again in 1971. It was her idea that 4-H Members should have a role in creating their National Poster

According to Sue Benedetti, then 4-H Extension, USDA, who coordinated the program in the early 1970s, more than 1,350 original posters were submitted by 4-H members, as well as clubs, in the first year of the program. The posters were judged by delegates to National 4-H Conference during sessions on 4-H image. In 1971, a change in the program made it possible for posters to be judged at local, county and state levels with a highly selective group being sent to Washington for final national judging.

By the mid-1970s, delegates to National 4-H Congress were asked to suggest theme areas for 1976 posters. An article in the Fall 1978 issue of National 4-H Council Quarterly reports that the 4-H Poster Art Program continues to grow – that a recent survey conducted by National 4-H Council showed that 47 states were participating in the program, accounting for over 130,000 4-H members submitting posters that could eventually become the design for the national 4-H poster. 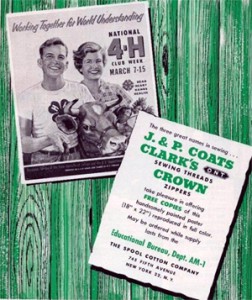 A nearly complete set of the posters from 1946 through 1981 is also a part of the Elsie Carper Special Collection at the National Agriculture library http://www.nal.usda.gov/exhibits/speccoll/exhibits/show/poster-collections/elsie-carper-collection-on-ext

The only poster missing is the one pictured below in this advertisement in the February 1953 National 4-H News. If you have seen or own a copy of this poster we would appreciate hearing from you at Info@4-HHistoryPreservation.com We are eager to complete this national collection and the historical records. 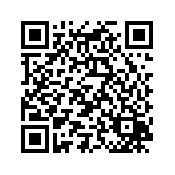