During 2013, seven pilot test states (California, Connecticut, Missouri, South Carolina, Utah, Vermont and West Virginia) developed and tested a variety of methods for documenting the memories of 4-H members, staff, volunteers and supporters. Products developed ranged from poster and banner exhibits at fairs, libraries, and museums to videos and films that were exhibited at film festivals and cable and commercial television networks. A process for youth produced media was developed to guide training of teams of youth and adults through the process of recruiting, interviewing, producing and editing media, for use in increasing public awareness of the 100 years of 4-H and Extension History, to help celebrate the passage of the Smith-Lever Act through the Congress of the United States in 1914.

In January of 2014, the National 4-H Film Festival will invite youth produced videos/films to be submitted for viewing and judging during the Summer of 2014. Many of those films will be selected to be posted to the National 4-H History Film archives, and exhibited widely to improve public awareness of 4-H and Extension programs. 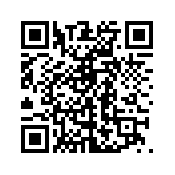