Although it perhaps started somewhat earlier, the decade of the 1960s produced a love affair between Americans and space exploration. And particularly the astronauts that were involved in the space program. It undoubtedly started with the space race between the US and the Soviet Union, and the launch of Sputnik by the USSR in 1957. Then came the bold challenge of President John F. Kennedy before a joint session of Congress on May 25, 1961: “I believe that this nation should commit itself to achieving the goal, before this decade is out, of landing a man on the moon and returning him safely to earth.” And then, on July 21, 1969, astronauts Neil Armstrong and Buzz Aldrin, flying on Apollo 11, set foot on the surface of the moon. And as they say, “the rest is history.”

Indeed, 4-H got caught up in this whole astronaut and space era in a number of ways. But historically, space and flight show up in 4-H history long before the 1960s.

Delegates to the 1931 National 4-H Congress in Chicago (above) were inspired to get to meet a great national hero – the man who flew over both the North and South Poles – Rear Admiral Richard E. Byrd.

One of the major guests attending the 1932 National 4-H Congress,  handing out awards and honoring the winners, was the famous aviatrix Amelia Earhart.

In 1933, Thomas E. Wilson brought a pair of aviators to National 4-H Congress who had become famous only the week before. Marine Major Chester Fordney and Navy LCDR T. G. “Tex” Settle made America’s first stratospheric balloon ascension on November 20, 1933, in a balloon that had a gondola brightly inscribed “A Century of Progress,” the theme of the 1933 World’s Fair. The balloon reached a height of 61,237 feet, a record that stood for many years. It was the first successful trip by man into the upper atmosphere. The pair proved to be popular guests at the 1933 National 4-H Club Congress which took place just a few days after their well-publicized trip into “space.”

You can read more about how 4-H’ers in later years became involved in model rocketry in the 1960s and the 1985 4-H Television Series “Blue Sky Below My Feet” by visiting: https://4-HHistoryPreservation.com/History/Space 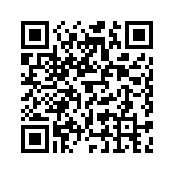