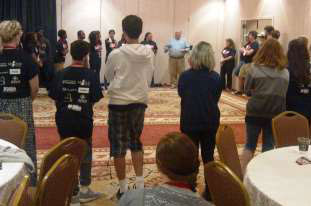 In 2014, two Youth-Adult Partnership teams consisting of two teens and one adult participated in the “Voices of 4-H History” project for Hawaii.

According to Joan Chong, HI Extension service, the teams from Kona and Maui participated in a basic training that covered interview questions and techniques, project design and management, pre-production, filming, and camera techniques.

Because of training time constraints, the teams were also encouraged to connect with the local Community Access Television (CAT) to assist in editing and piecing the video together, and CAT was happy to help out. They offered classes in basic video production, camera operation, editing, lighting and studio production. Once the participants became certified producers at the CAT studios, the use of the television equipment and facilities were FREE! All the Youth-Adult Partnership teams needed to do was ask for help. When asked about the project, we found that youth participants not only learned video production but also gained knowledge about 4-H and the effect it has had on others.

Here are a few quotes from the youth:

“Participating in this project provided me with the opportunity to have a Youth-Adult partnership; it was a unique experience working side-by-side with the youth. It was not a top-down partnership where I needed to tell them what to do, but a collaboration of working together and equally contributing ideas. Although it was very interesting to hear how 4-H has changed (or not) over the years, it really was dependent on the perspective of the person being interviewed as their experiences and involvement in 4-H varied.”

All across the country, teams of 4-H 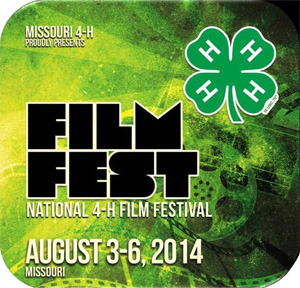 youth are working to produce films for presentation at 4-H FilmFest 2014 in St. Louis. “Voices of 4-H History” will be one of the categories that youth produced films will be competing in this August. Films submitted by July 1, 014 will be judged for exhibition during the FilmFest, August 3-6, 2014.

To view the youth produced films from the 2013 FilmFest, go to “Screening Room” at

WOW, What an Issue! 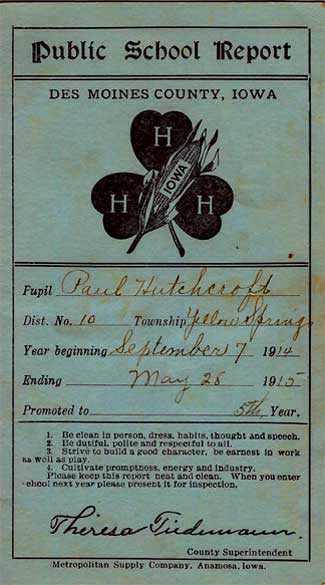 National History Day this year offers 4-H’ers and leaders the opportunity to highlight different aspects of 4-H History under the theme of “Rights and Responsibilities.”

“Voices of 4-H History” captures memories of alumni, leaders, donors and others in audio/video records. That’s the oral “History Preservation” part. At the same time, having “Voices” as part of FilmFest 4-H 2014 is very current, so it’s the “Contemporary History” part. In the “Voices” bit, there’s a rather detailed explanation of how two MD counties are approaching the project; just consider it a “how-to” example if you’re not already involved. In the “FilmFest 4-H” part, you’ll find necessary details for this year’s national 4-H film festival and how you can participate.

Four-H Repositories, History of 4-H Radio, 4-H and One-Room Schools: all of these and more lead to new and ever growing sections of the National 4-H History Preservation Program website:
http://4-HHistoryPreservation.com.

“Hands-On History” highlights 4-H Electricity projects and how you can bring awareness into your 4-H club meetings.

And a Happy Centennial year to all Smith-Lever Act beneficiaries.

Hawaii 4-H leader Joan Chong shared that Hawaii 4-H has two Youth-Adult partnership teams (one from Maui and the other from Kona) that came together the first weekend of November for a training. “We are working on going to other islands/sites to do more training,” Chong said. “The youth are excited to take on this project. Hopefully we’ll have some videos soon.”

After the rush of fairs, summer activities and achievement programs, now is a good time to focus on 4-H History (contemporary and past), documenting memories and making plans for history-related activities for next year. This month we feature:

Use the Thanksgiving and Holiday breaks to re-group and plan your history activities for 2014. Pumpkin pie and history planning go well together!

Ocean City, Maryland – November 22-24, 2013. The Voices of 4-H History Team will be sharing poster displays and workshops for the 2013 Volunteer and Teen Leadership Forum targeted to all faculty, staff, volunteers, and 4-H youth. Th conference focus will be  on the 4-H Core Program Components; developing volunteers, strengthening and expanding the 4-H club program.

Youth and adult leaders in attendance will be able to launch a Voices of 4-H History initiative or club after attending the workshop. Key components will include: viewing good examples of audio/visual products produced by pilot county sites, recruiting youth and adults, selecting good interviewing questions, good sources of editing software and hardware.