On Monday, February 10, 2014, adult leaders from Prince Georges and Montgomery counties of Maryland met to share their 4-H History club plans for 2014. They had a very productive meeting and completed action planning sheets for the year. Five leaders are representing the two counties.

The leaders are currently putting together a statement to share with the youth clubs and agreed to make the announcement to the counties’ 4-H volunteer and club leaders who will attend the upcoming Leaders’ meeting scheduled for late February. It was decided to encourage a “Voices of 4-H History” project, and to challenge each club to have their 4-H’ers design, script and produce 15-30 minute videos of their work for the project. A follow-up planning committee meeting is scheduled in early March. The submitted films and film concepts, will be reviewed by the adult/youth planning committee, who will then decide how to proceed from there. The team plans to submit some films to national FilmFest 4-H in June. Several adult leaders know and are recruiting individuals that have expressed interest in working with the young film producers and are willing to critique, edit and help with production.

University of Maryland Talbot County 4-H volunteer, Cathy Cooper (far right) is shown guiding members of the Chapel District 4-H Club, plus the Director of the History Society of Talbot County, as they learn Geographic Information Systems for various types of map making. The club is creating a large historical map pinpointing schools and other points of interest within the town of Cordova. Their map will be featured in the Museum’s newest exhibit opening later this fall. Club members were also included in the planning process, collection of photos and stories for the actual display.

Prince George County (Maryland) 4-H Agent, Lisa Edwards, first introduced the idea of discovering and preserving the history of 4-H in her county during the county fair in 2013. Since then, interest has grown with youth and volunteers. There has been a call for starting a 4-H History Club. The idea was introduced in the county’ Extension newsletter.

Adult Volunteers and Youth are being formed into a team that will be formalized into a special interest group on 4-H history. Discovery of old records, photos and memorabilia has sparked excitement. Talk of interviewing former members, leaders and volunteers is growing. 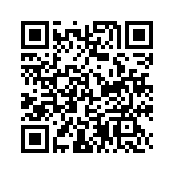