Have you ever been to the Conyngham Valley Historical Society (CVHS) Museum in Conyngham, Pennsylvania? NO? Well, me neither until recently! Even though I’d called Conyngham/Drums “home” all my life, I’d only ever driven past the museum. I’d wonder if it was open and then continue on to get groceries or get them home before the ice cream melted.

I’ve been researching my family’s history. My name is Drum and that’s the town’s name too, and yes, there is a connection. His name was George and in the mid-1790’s he arrived in the valley that would acquire his name, became a church leader, built a tavern, but I digress.

While searching for “Drum” information, I heard here was a photo of George’s Tavern/Hotel in the CVHS Museum. If so, that was a photo I had to see! The CVHS website said the museum was open 1pm-4pm Saturdays so one Saturday late in June I headed over there.

I found the only photo of Drums they had on display (the rest, of course, were of the Conyngham/Sugarloaf area) but it wasn’t of the Drums Hotel. Still, their collection of Conyngham/Sugarloaf Valley area memorabilia was impressive. Yet, for me, there was something missing. They had nothing about 4-H!

Since 1928, 4-H has played a huge role in the lives of many people from the Conyngham/Sugarloaf area. It needed to be represented in the museum. But where could such memorabilia be found? That’s when I opened one of our closets and found myself looking at the three huge scrapbooks of information my mom collected from 1966 when we joined until June 2013, six months before she died. Mom helped organize the Sugarloaf Valley 4-H Club in 1972 so that was in the scrapbooks, too. Then I remembered Dad’s 4-H rocket, used to attract attention for 4-H at fairs.

He’d gather a crowd, have one of the 4-H Members tell them about 4-H, then launch his rocket. When that excitement passed, he’d invite everyone into the tent to see the 4-H exhibits. Worked every time.

I also had the club’s 4-H Banner we walked behind in parades and TWO USDA 4-H Club Charters hanging on the wall, not to mention a few other items scattered about the house.

So early in July I boxed the stuff up and back to the museum I went. They were so pleased to be receiving the stuff that they wanted to have a 4-H Open House during National 4-H Week to celebrate. They chose October 13, 2018 and the announcements went out. This is the one that appeared in the Hazleton Standard-Speaker.

And then the day arrived! Close to forty people attended; former 4-H’ers, former 4-H Volunteers, friends, even the Luzerne County 4-H Educator, Meghan Carroll, stopped by for the festivities.

Here we see Sugarloaf Valley 4-H Club Alumnus Laura Staudenmeier (right) reading about herself in one of the 4-H scrapbooks now part of the CVHS’s collection. That’s Dad’s 4-H Rocket standing beside the American Flag and the club charters can be seen one on either side of the flag, of course that’s the banner right in front.

The event made it into all the papers. Well, it got a photo at least in the Hazleton Standard-Speaker. So that’s something. And here it is!

After some time had passed, I wondered just what DID the museum do with all the stuff I gave them. So, on July 27, 2019, I went back to the museum to check it out. They originally were going to make an exhibit upstairs on the second floor. However, realizing 4-H was too good to hide up there, they put it right in plain view, right inside the front door!

Of course, the first thing you see is the big, green Sugarloaf Valley 4-H Club banner hanging on the wall near the ceiling. To its left is a blackboard we made out of an old, metal “Kick-a-Poo Joy Juice Soda” advertisement. I know, antique dealers everywhere just shuddered, but that’s what 4-H’ers do! They make things they don’t think are useful any longer, useful again. It’s called “recycling”! I think 4-H’ers may have invented it. Anyway, Dad used the blackboard at 4-H Fairs to announce stuff like food sale prices, give directions, coming events; although erased, it appears that the last thing that had been written on the board was an arrow pointing toward the Restrooms.

Below the blackboard is a 4-H Clover cross-stitch my mom made for the club and beside that we can see a 4-H “license plate”. Next we see two shelves of antique milk bottles that are not part of the 4-H memorabilia. The shelf below those, however, holds the two 4-H Club Charters (one for the Sugarloaf 4-H Club which preceded the SV4-H Club and the SV4-H Club’s own charter), an environmental education award received by the Brown’s Grove 4-H Club (another local 4-H club we belonged to), a 4-H “piggy-bank”, and the club’s gavel. The piggy-bank was used during meetings to collect money for refreshments. I made the gavel in High School Shop Class for the club’s President to use to call meetings to order.

The next shelf down holds two of Mom’s three 4-H Scrap Books and a number of 4-H Project Books. The project books were donated by another family when they heard about the gift I had made. To the left of that shelf, stands my dad’s 4-H Rocket.

The final piece of the museum’s 4-H display is Mom’s third 4-H scrapbook. That book can be seen near the bottom of the photo sitting on a box in front of the display. There is also a trophy on display in the museum that is not included in this photo. It was received by the Sugarloaf Valley 4-H Club in recognition of its participation in West Hazleton’s Bicentennial Celebrations.

Recently, I was speaking to a former 4-H Parent from the club about this exhibit. When I mentioned she was in one of the scrapbooks and, therefore, now in a museum, she said, “Oh, me in a museum! That makes me feel old!”

“Not old”, I replied, “Important! After all, you made HISTORY!”

Does your community have a history museum? Perhaps you, too, can help them complete their story by giving them your 4-H Memorabilia. You’d be making history by preserving history! 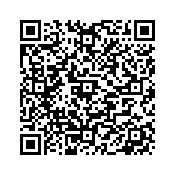