“Young America,” a Twentieth Century-Fox film produced in 1941, was dedicated by the studio to “the thousands of 4-H Club leaders throughout the country.” It was considered the first major motion picture ever produced portraying the objectives of Club work.

Another thing which made “Young America” special – the premiere showing was held during National 4-H Congress in December, 1941 (probably on December 2 or 3). Little did these 1,600 delegates know that four days later – before most of them even got home – the Empire of Japan would bomb Pearl Harbor, drawing the United States of America into the second world war. The January 1942 issue of National 4-H Club News, coming out less than a month later, carries a large feature on the premiere and the film, plus a full page advertisement for “Young America” carrying a “support the war effort” theme. (Bob Cornell, one of the film’s stars, had already joined the Army by this date.)

While the movie follows a rather predictable script, 75 years ago the 4-H Congress delegates, 4-H leaders, and Extension at all levels loved it. Miss Gertrude Warren, from the 4-H Club office at USDA in Washington,, D.C. said, “We feel grateful to 20th Century-Fox for its fine portrayal of the ideals and objectives of the 4-H Club movement in ‘Young America,’ and know that it will be enthusiastically received throughout the country.”

Maynard H. Coe, chairman of the National Extension Committee on 4-H Club Work, sent a telegram to 4-H Congress which Wayne Thorndyke, national 4-H leadership winner, read to the delegates the day following the premiere. The telegram, addressed to Mis Jane Withers, stated that the 4-H members and leaders assembled at the 20th National 4-H Club Congress have today unanimously voted you a Special 4-H Award of Merit in recognition of the fine way you portrayed the ideals of the 4-H Club movement in “Young America.” It stimulates a feeling of pride for our heritage in a nation where youth is permitted to train itself in a truly democratic way in the skill and understanding needed to assume its responsibility in perfecting and preserving the American way of life. Miss Withers sent a telegram back to the delegates: “Please accept thanks from the bottom of my heart for the great honor you have conferred upon me. The 4-H Club means more to me than just a movie that I appeared in, and I will try always to be a credit to our club…”

The “Young America” film’s story is about a spoiled city girl Jane Campbell (played by Jane Withers) who is furious when her widowed father sends her to the rural town of Button Willow Valley to live with her grandmother, Nora Campbell (played by Jane Darwell). Jane and her black servant, Abraham, loathe their new surroundings, and while Abraham copes with Nora’s helper, Pansy, Jane begins attending school. Jane’s arrogance drives away all potential friends except for young David Engstrom, who nominates her for membership in the local 4-H Club. Jane, who has never heard of 4-H, is unimpressed when she learns how it promotes agricultural skills and good citizenship. Jane declines membership but changes her mind upon discovering that handsome Jonathan Blake is the club’s president. Jane’s interest in Jonathan dismays quiet Elizabeth Barnes, who is in love with him.

Elizabeth’s weak-willed father tries to comfort her by promising to buy her a purebred Hereford calf for her 4-H state fair project, but he instead loses her money in a poker game held by shady entrepreneur Earl Tucker. When Barnes tells Earl about his dilemma, Earl obtains a mixed-breed calf, then forges papers certifying its lineage. Elizabeth is delighted with her calf, which she names “Royal Jonathan II,” and happily tends to him as the months pass. Jane also chooses a calf for her project and names it “King Blake the First.” Pansy and Abraham, who have struck up a quarrelsome friendship, know that Jane is interested in 4-H only as a means to ensnare Jonathan Blake in a romance, but Jonathan still courts Elizabeth. On the day of the fair, Jane has lunch with Earl, who intimates that she will win the contest because Elizabeth’s calf is not purebred. Jane refuses to believe him but promises to buy his tractor with her prize money if she wins. Elizabeth wins, but Earl, desperate for the money, sends a telegram to the judges challenging Royal Jonathan’s lineage. The calf’s phony papers are exposed and Jane is declared the winner, but she is horrified by the proceedings, as Earl signed her name to the telegram. Barnes confesses all to his daughter, who protects him by refusing to explain the situation to the 4-H officials. Soon after, Elizabeth is suspended from the club, while Jane is ostracized by the other members for getting Elizabeth in trouble. Jonathan stands by Elizabeth, and the despondent Jane decides to return to the city. Before leaving, she sends Abraham to Earl’s office to pay a bill, and while there, Abraham overhears two government agents question Earl about a man who is wanted for draft evasion. Abraham also overhears when a drunken Barnes tells Earl that he wants to reveal the truth about Elizabeth’s calf. Abraham repeats the information to Jane, who captures the fleeing Earl and forces him to write a confession admitting full responsibility for the forged papers. The government agents then apprehend Earl, who is the draft dodger. Soon after, Elizabeth represents the club at a national 4-H meeting held in Washington, D.C., and says a fond hello to Jane and her fellow 4-H members during a radio broadcast.

“Young America” was released nationwide in early 1942. [Note: There are at least three other films produced over the years with this same title “Young America,” one as early as 1897. When searching for information on this film, be sure to include the date 1942.] 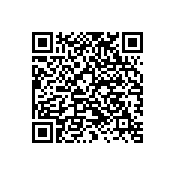