Academy Award winning actor James Cagney, considered one of the top film actors of all time, had a fondness for 4-H and particularly the area involving soil and water conservation.

Cagney was born and raised in New York City, however a lecture on soil conservation that his mother had taken him to when just a child sparked a life long interest in farming and conservation. In later years he spent parts of the year on two farms he owned, one in Dutchess County, New York and the other his Martha’s Vineyard farm. 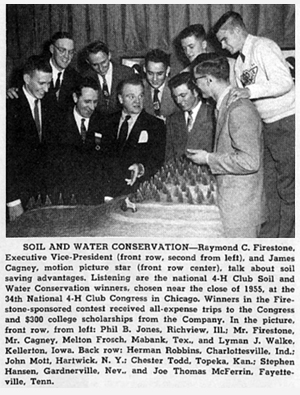 The actor promoted soil and water conservation wherever he saw an opportunity. In 1956 he appeared in a 4-H film encouraging young people to take care of their natural resources. The previous year James Cagney attended the 1955 National 4-H Club Congress in Chicago. He related to the delegates how he had gotten interested in conservation at the age of 11 when his mother took him to a lecture on conservation in New York City. Cagney related to the delegates his favorite line from the movies, from “Dead End.” It was, “Look Mom I’m dancing.” He said this reminded him of 4-H’ers who are always energetic and dancing and hold much of the promise for our nation’s future. 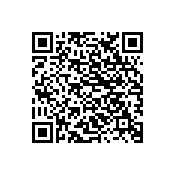