In 1924, although only three years old, Guy Noble as the director of the National Committee on Boys and Girls Club Work apparently had enough faith in the little fledgling organization to boldly ask the President of the United States to be their honorary chairman. Calvin Coolidge said “yes,” and, well, as they say, the rest is history.

And, every President after Coolidge, up through Bill Clinton in the 1990s, also held the role of Honorary Chairman of the National Committee on Boys and Girls Club Work, then National 4-H Service Committee; and, finally, National 4-H Council – a string of 76 years.

So, what did this actually mean? To our knowledge, no President ever attended a board meeting, however the entire board did go to the White House to meet with their Honorary Chairman while Ronald Reagan was President. And, President Richard Nixon traveled to Chicago to address the delegates at the National 4-H Congress’s 50th Anniversary. Presidents often hosted 4-H groups in the Oval Office or the Rose Garden and President Eisenhower cut the ribbons to open the National 4-H Center. They almost always sent a formal letter about National 4-H Week which could be used in the press kits, and sometimes sent Holiday Greetings to “all 4-H’ers” in December. Plus, having the name of the President at the top of your list of board members on the Annual Report didn’t hurt, particularly when it came to fund raising.

There is a history of ‘U.S. Presidents and 4-H’ on the 4-H history website at:
http://4-HHistoryPreservation.com/History/U_S_Presidents 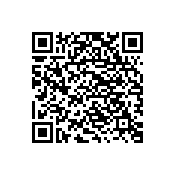