The National 4-H Report to the Nation Program was initiated in 1950. The intent of the program was to utilize a team of outstanding 4-H members as spokesmen for the 4-H program with important national officials and presenting them with a volume describing 4-H achievements during the previous year – hence, “the Report to the Nation.”

Each year a special “Report to the Nation” book was produced. It was visual, most pages containing a photo with caption. It could be quickly read… or scanned. Reporters often used the book as talking points in meeting with a VIP and then gave them the book.

The program was disbanded in either 1993 or 1994, but for over 40 years the team participants had some remarkable experiences, often getting the “red carpet” treatment at the airport as their plane touched down in a major city, being welcomed by the mayor or governor. Several teams met with the President of the United States in the Oval Office.

In the late 1960s and early 1970s the Report to the Nation team members routinely appeared on some of the top television programs in the country. They were guests on donor-sponsored television shows with youth appeal – such as Danny Thomas and Andy Griffith – as well as those with parent appeal – like the Tonight Show and the Today Show. One Sunday night the team appeared on The Ed Sullivan Show… and, one afternoon, were guests during a visit to Dick Clark’s “American Bandstand.”

At some point (believed to be in the early 1980’s) the Report to the Nation Team became the 4-H Ambassador Program with essentially the same types of responsibilities as the older program.

The history of the 4-H Report to the Nation team is still incomplete, however a good share of the experiences are documented on the 4-H History Preservation website. Go to: 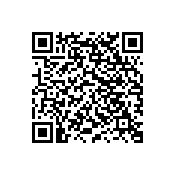