This is the sixth in the series of 10 articles, reprinted from 1962 National 4-H News, which featured people identified by Extension Service professional staff members as “folks who helped make 4-H great.” 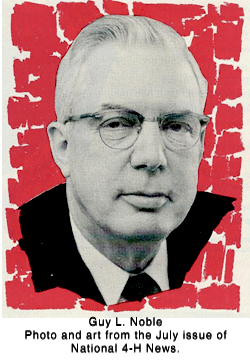 One of the unique features of 4-H Club work is its extensive system of private support and the allied network of incentives and awards which help encourage boys and girls to do their best work. This support exists at all levels – national, regional, state and local. It came into existence as the Extension Service and 4-H Club workers expressed needs for help in various facets of club work.

One man stands out as the greatest influence on early national and regional support – Guy L. Noble. Co-founder and first director of the National 4-H Service Committee and co-originator of the National 4-H Club Congress, Noble successfully welded the link between business and government that was so sorely needed in the early days of 4-H.

Noble’s story can’t be told without telling the story of the founding of the National Committee, as 4-H workers refer to the organization in Chicago.

As an employee of Armour and Company, Noble induced his company to sponsor about 40 all-expense trips to the 1919 International Livestock Exposition in Chicago, then wrote to state club leaders in areas where Armour bought livestock, inviting them to select trip winners. In the meanwhile, he arranged a program of entertainment and tours for the Armour trip winners plus some 100 boys and girls who came to Chicago as guests of their local communities, railroads and other sponsors. That assemblage at the 1919 Exposition is recognized as the first National 4-H Club Congress. At that meeting, Noble met E. N. Hopkins, who came with the Iowa delegation. Hopkins had been promoting rural youth work for years, first as editor of the Arkansas Fruit and Farm magazine, then as editor in charge of youth activities for the Meredith Publishing Company.

These two men, Noble and Hopkins, in 1920 and ’21 followed up on earlier proposals to form a national committee to coordinate the growing number of trips and prizes for club work. In late 1921 the National Committee on Boys and Girls Club Work was born, with Noble leaving Armour to become executive secretary. (The name changed in 1960 to National 4-H Service Committee.) Industrial leaders included E. T. Meredith, Thomas E. Wilson, John Coverdale and others.

As the program progressed, Noble established the National 4-H News as an idea exchange medium for 4-H workers, the National 4-H Supply Service and other types of aid to 4-H. His success in enlisting the financial and other help of respected industrial leaders was a source of prestige for 4-H. Noble always set high standards for entertainment and other incentives offered to 4-H’ers.

Co-workers of this pioneer, in describing his work, use such terms as “Dedicated,” “had a deep conviction about the value of 4-H training for youth,” “a strong promoter of 4-H who publicized club work widely,” and “did more to sell 4-H to the businessmen of this nation than any other single person.”

Not only did Noble raise the status of 4-H in the eyes of other Extension workers by strengthening projects and providing the best in entertainment and other features for Club Congress; he helped all of Extension by working hard for large appropriations from the national legislature for the support of Extension work.

Noble also contributed to the cultural side of 4-H. He introduced concerts and other music at Club Congress, as well as plays and skits. He encouraged drama and singing as 4-H activities.

“A boyhood in State Center, Iowa, a degree in dairy husbandry at Iowa State College, and interims of work on railroads, Iowa farms, a Colorado ranch, and Washington and Alberta wheat fields” were the prelude to Noble’s work at Armour, according to Franklin M. Reck in his official history “The 4-H Story.”

When Noble retired in early 1958, he had served 4-H diligently and well for nearly 40 years. The cooperative effort marking 4-H Club work today is a monument to his foresight and industry. 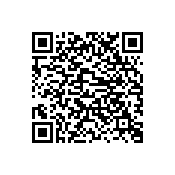