Frankie Welch was born Mary Frances Barnett in Rome, Georgia and graduated from Furman University in South Carolina where she met her husband, William Welch. She also studied at the University of Georgia and the University of Wisconsin. While at Wisconsin, she was influenced by Frank Lloyd Wright’s lifestyle and architectural discipline.

Mrs. Welch operated a fashionable ladies boutique in Alexandria, Virginia and became a favorite designer for Washingtonians of influence, particularly with her political and institutional designs. She became a protégé of Lady Bird Johnson and designed her “Discover America” scarf and staged the first fashion show in the White House for Lady Bird. During the 1968 political campaigns, Frankie was the favored choice of both the Democrats and Republicans, designing their “official” attire. The following year she was appointed by the White House to design the “Forward Together” scarf which was given as a souvenir at President Richard Nixon’s Inaugural Ball. She designed the gown which First Lady Betty Ford designated for the official portrait as well as the wax figure in the Smithsonian in the Hall of First Ladies; and, Mrs. Welch was commissioned to design political attire for the Jimmy Carter campaign and for Ronald Reagan. In 1976 she originated the American Revolution Bicentennial Administration scarf. 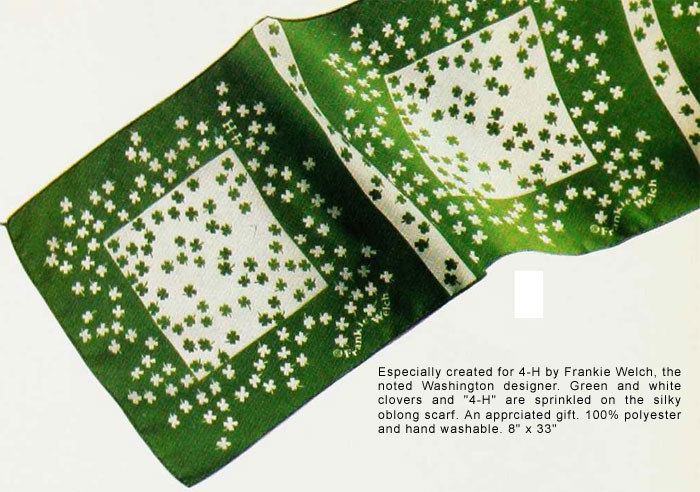 Frankie Welch was particularly known for her scarf designs and counts well over 1,000 major corporations, national associations, museums and universities as her “scarf customers” for which she has designed scarves.

A frequent visitor to the Alexandria boutique, who became a friend of Frankie Welch, was Eleanor L. Wilson, 4-H Extension USDA staff member (currently a member of the National 4-H History Preservation leadership team). One day, Eleanor mentioned that it would be nice if Frankie could design a scarf for 4-H. Frankie thought this was a tremendous idea and asked Eleanor to bring some 4-H emblems and other items over to her apartment so they could start designing a scarf. The Frankie Welch 4-H scarf is the result. The 8″ x 33″ scarf was sold during the late 1980’s through the National 4-H Supply Service (now 4-H Mall) and was often used as prized gifts in honoring people at the national level. Through Frankie’s dimensional standardization, this versatile method for example, allows one square to become a pocket kerchief or cocktail napkin, and the entire three or four squares make a lady’s scarf. 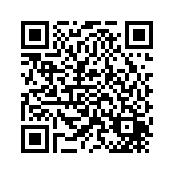