In coming months we will feature short bios of ten people who were selected by professional Extension workers in 1962 as having made significant contributions to the 4-H program: people who “helped make 4-H great.” The original series was first published in 1962 in National 4-H News and is reprinted here. To select the individuals to be featured, National 4-H News “…asked more than 30 veteran 4-H workers to send us their list of the ‘top ten’ contributors. We tallied the results and chose the ten people mentioned most often …” From a historical perspective, these individuals are the ones to whom 4-H owes its creativity and dynamism, its solid and experiential education principles, its enduring strength. These are the ones on whose shoulders this remarkable youth development proudly stands today.

This series stands as a tribute to those visionary leaders to whom we are greatly indebted.

There is no doubt in observers’ minds as to the contributions which Dr. E. W. Aiton has made to the youth movement which has been so much a part of his life. Testaments to his vision and determination are plentiful in today’s 4-H program.

What is the background that has led this man to his being named in a list of ten people who have contributed so much to 4-H? For one thing, a 4-H career that has included every level of 4-H work: member, junior leader, adult leader (even at this time), county Extension worker, state and federal 4-H staff member.

The marks of Dr. Aiton’s influence are present in many places in 4-H. One is in the International Farm Youth Exchange (IFYE) program, which he helped to found while he was Northeastern regional 4-H field agent in Washington, D. C., from 1944 to 1950. New York State 4-H Club Leader Al Hoefer and a group of 4-H’ers journeyed to Washington with an international program in mind, and Aiton was assigned to help them. The result: IFYE.

The National 4-H Club Center is another monument to Aiton’s ability to organize, then carry out a needed project. During a stint as executive director of the National 4-H Club Foundation (from 1950 to 1952), he initiated many services to 4-H as well as pushing the planning of the widely-used Center.

As the first director of the Division of 4-H and YMW Programs, Aiton wielded a great influence on club work nationally. His efforts helped increase public understanding of 4-H. (During his Extension career in Minnesota, he once served as state Extension editor.) He helped clarify the working relationship between the national policy-making group in 4-H and its parent Extension committee. He contributed to building the role of state 4-H Club leaders as professional educators. He developed the status of local 4-H leaders and blazed trails in their training and development. (He is co-author of the book “Leadership in Action in Rural Communities.) 1 Young Men and Women’s 2 Federal Extension Service

Other 4-H areas promoted by Aiton and felt directly by 4-H Club members include: · Citizenship as the main goal of 4-H Club work, rather than merely the learning of skills. · An adjustment to the changing membership of 4-H – that is, an expansion of the program to include more activities for urban and suburban members. · Emphasis on 4-H’ers understanding international affairs and relating them to club activities. · Development of literature, training meetings, etc., tailored to fit the development needs of members at different ages and with different problems. · Strengthening or working relations with many youth groups such as the Boy Scouts of America and others. ED NOTE: The auditorium of the National 4-H Youth Conference Center in Chevy Chase, Maryland, is named in memory of Dr. Aiton. 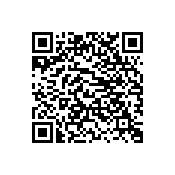