Through time, some 4-H’ers have welcomed visitors with a
more subtle approach such as is depicted in this 1959 National
4-H Calendar.

Technically, this wasn’t a national promotion program, but doing research on 4-H promotion history, the story was featured in the June, 1953, issue of National 4-H News, so it did get nationwide exposure. It was a creative way to teach hospitality and promote the local Georgia 4-H program at the same time. Actually, creative may not exactly be the correct word – “bizarre” might be more fitting. But, remember, this was over 60 years ago. Life was slower. Things were different.

The way the story goes: minding their own business, admiring Georgia’s pine trees, cotton fields and magnolias, and looking forward to two weeks in Florida, Mr. and Mrs. E. F. Brooks of Veedersburg, Indiana, were driving peacefully along US Highway 1 when a policeman’s whistle frightened them to a stop near the city limits of Swainsboro, Georgia.

“What have we done wrong now?” they wondered aloud. Nothing! Emanuel county 4-H’ers just wanted to practice their good neighbor policy on them. It was Saturday and time for another good neighbor night program at the county’s new $25,000 clubhouse.

Through time, some 4-H’ers have welcomed visitors with a more subtle approach such as is depicted in this 1959 National 4-H Calendar.

Mr. and Mrs. Brooks were the nineteenth couple to be guests of the local 4-H Clubs. The youngsters, getting good neighbor training, and promoting 4-H at the same time, had hosted tourists from 10 states and Canada over the course of months. 4-H’ers competed to get the opportunity to play host and hostess each week. Sara Ellen Phillips, 15, and Loy Cowart, Jr., 17, were the lucky hostess and host for Mr. and Mrs. Brooks. They showed the tourists to their room, reserved in advance at a motor court, and then they began a tour of interesting local points. (Apparently, the Brooks were spending the night in Swainsboro whether they wanted to or not.)

The visitors saw 27,000 barrels of resin at the processing plant and heard explanations of other pine tree uses. They appeared on a radio program over station WJAT, and Mr. Brooks was even a disc jockey for a while. Then they toured the new hospital, saw the livestock auction barn, and took a look at some cotton gins, though Mrs. Brooks had already picked a boll of cotton for herself. And they ate steaks at a local restaurant. At the 4-H Clubhouse that night the guests received a box of Emanuel county products – canned goods, pecans and articles made by home demonstration clubsters. Other features of this regular Saturday night good neighbor event sometimes included a talent show.

For Mr. and Mrs. Brooks the whole thing was something they never expected to experience on their way to the “Sunshine State.” And when they left Swainsboro after Sunday breakfast, they were probably tempted to spend the whole two weeks right there with the 4-H’ers who had been so nice to them (the article said).

Imagine if someone tried that today! 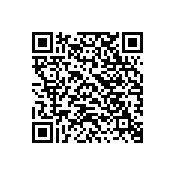