Clarence Goecke, a 12-year-old 4-H member from State Center, Iowa exhibited the grand champion steer at the 1928 International Live Stock Exposition – the largest livestock show in the world. This is the first time a 4-H member’s animal had topped the show – the first such victory in history – causing headlines across the country.

Adult showmen used to give their junior rivals a patronizing glance, but after Goecke’s win, they eyed them with concern. Not only did Goecke’s steer – named “Dick” – win the show, but the animal was knocked down on the auction block for $7. a pound. The previous high price, paid in 1926, was $3.60 a pound. The purchaser in 1928 was the J. C. Penney Company, New York. The youthful owner saw his pet, which he had raised from a calf, auctioned off with solemn face despite the fact that the price paid meant he would receive more than $8,000. in addition to over $1,000. prize money he already had received. The below photo shows young Clarence Goecke on the left, James C. Penney in the center, and Emma Goecke, Clarence’s sister and an employee of the local Penney store in Iowa, on the right. 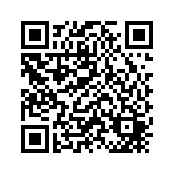