During the 1930s the National Committee on Boys and Girls Club Work negotiated with the National Broadcasting Company to produce and air a monthly hour-long educational musical show on the NBC network. The programs were broadcast mid-day from 12:30 to 1:30 Eastern Standard Time – always on the first Saturday of each month.

Announcements for the shows, carried in the National 4-H News magazine for 4-H leaders, explained that the United States Marine Band would play the music and annotations relative to the songs and composers would be given. The Extension Office, USDA helped coordinate the programs and R. A. Turner, 4-H USDA, narrated the annotations.

Themes apparently were selected for the entire year. For example, “Songs That Live” was the theme for the 1936 series of the National 4-H Music Hour. “A Musical Journey Around the World” was the theme for the 1938 series and “Stories Told by Music” was the focus of the series in 1939. The programs were intended to be both uplifting and entertaining, while also carrying a strong theme for music appreciation.

The National 4-H Music Hour was part of a much larger plan of the National Committee on Boys and Girls Club Work and Extension USDA to contribute to uplifting the spirits of rural farm families during the great depression years. 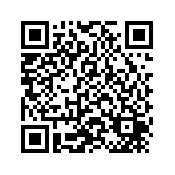