On August 30, 1945 4-H Club work got into the spotlight during the broadcast of the College All-Stars vs. Green Bay Packers’ annual football classic known as the College All-Star game. The game was aired over Mutual’s coast-to-coast network of 239 stations, and short waved to the Armed Forces over the world.

In paying tribute to the nation’s youth and to the benefits of competitive sports during the broadcast, Mr. Wilson said: “I have seen America’s youth in competitive action many times. I have seen them in the 4-H Clubs where, in friendly but spirited competition, they fight for leadership in farm and home projects.

“I have seen them on our play fields and in our stadiums, engaged in the rugged sports and games of our country. I have seen them at work and at play in modern industry. And I, for one, have supreme faith in them.”

[It may also be noted that the game ended as Green Bay Packers 19, College All-Stars 7.] 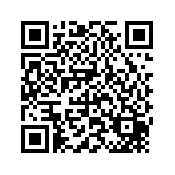