During this centennial year of the passage of the Smith-Lever Act creating the Cooperative Extension Service, it is appropriate to recall one 4-H activity recognizing the creation of that legislation from 70 years ago.

Midway in the Second World War, the Extension Service in cooperation with the Maritime Commission worked out a unique incentive to 4-H achievement on the home front. It was proposed that states be permitted to name Liberty ships after a 4-H or Extension pioneer as a reward for bond sales and exceptional service in food production and conservation.
Liberty ships were the cargo carriers of the war. They were standardized freighters, 441 feet long and of 10,800 tons capacity. They carried food stuffs and war materials abroad, and brought back such scarce items as chrome ore, balsa wood, copper, rubber, ivory, manganese, jute, burlap, hides, tea, coffee and quinine. They cost about $2 million apiece and this was the goal of the 4-H bond sales.

In response to the “Name-A-Ship” campaign, the state 4-H youth intensified their war activities. Georgia club members raised almost $10 million in a war bond campaign and produced in one season enough food to fill a 10,000 ton ship. Their ship was launched and duly named “Hoke Smith,” in honor of the Senator who, as member of the Senate Committee on Agriculture and Forestry, co-sponsored the Smith-Lever Act.
In South Carolina, similar efforts resulted in the launching of the “A. Frank Lever,” thus commemorating on the high seas the other congressional sponsor of the original Extension Act, Representative Asbury Francis Lever, a member of the House Committee on Agriculture.

In all, 40 ships were christened in these 4-H “Name-A-Ship” campaigns. In the cabin of each ship was placed a plaque stating that the ship was named by 4-H club members of the state, and near the plaque was a history of the man for whom the ship was named, written on parchment and permanently mounted under glass. 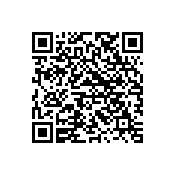