On Monday, February 10, 2014, adult leaders from Prince Georges and Montgomery counties of Maryland met to share their 4-H History club plans for 2014. They had a very productive meeting and completed action planning sheets for the year. Five leaders are representing the two counties.

The leaders are currently putting together a statement to share with the youth clubs and agreed to make the announcement to the counties’ 4-H volunteer and club leaders who will attend the upcoming Leaders’ meeting scheduled for late February. It was decided to encourage a “Voices of 4-H History” project, and to challenge each club to have their 4-H’ers design, script and produce 15-30 minute videos of their work for the project. A follow-up planning committee meeting is scheduled in early March. The submitted films and film concepts, will be reviewed by the adult/youth planning committee, who will then decide how to proceed from there. The team plans to submit some films to national FilmFest 4-H in June. Several adult leaders know and are recruiting individuals that have expressed interest in working with the young film producers and are willing to critique, edit and help with production. 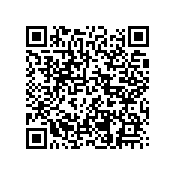