4-H has been fortunate in having the personal support of literally thousands of successful and noted people over the past century.

Historically, these individuals lent their support in many different ways, from serving on committees and boards and speaking at 4-H events to actively promoting 4-H in the media and offering their expertise for 4-H curriculum development. We are talking about U.S. Presidents, senators and congressmen, governors, corporate executives, sports stars, entertainers, broadcasters, astronauts, authors, educators, scientists and inventors.

From its earliest days, U.S. Presidents have been actively involved in 4-H. William Howard Taft, Woodrow Wilson and Warren G. Harding all met with 4-H’ers. President Calvin Coolidge became the first Honorary Chairman of the National Committee on Boys’ and Girls’ Club Work – a predecessor to National 4-H Council – a tradition that lasted eight decades, president after president, up through William Jefferson Clinton.

A new section – still in early draft stages – has just been added to the national 4-H history preservation website entitled “VIP Involvement with 4-H.” The purpose of this section is not to boast about this VIP support, but to document some of these connections all in one location. And we know that this is just the beginning; many VIPs who have been a big part of 4-H over the years are still missing from this section.

We urge our readers to visit this draft section and let us know of others who should be included. Note that content of the last decade hasn’t even been started. The section can be found at:

While we realize each state has your own listing of VIPs who have assisted the 4-H program through the years, you may have had events or other occasions where someone of national stature was actively involved. Most of these examples would undoubtedly still be unknown to our history team.

We welcome your input at Info@4-HHistoryPreservation.com. 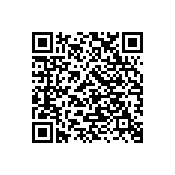