Dublin’s Abbey Theatre, the National Theatre of Ireland, asked the National 4-H History Preservation Program for details of 1950s 4-H for its production of American playwright Sam Shepard’s “Curse of the Starving Class.” The 1978 play, considered one of Shepard’s most heralded family tragedies,” focuses on rural poverty and its effect on personal relationships.

The portrayed four-member family includes a teenage girl in 4-H. Because the script called for “Emma” to wear a 1950s-era 4-H uniform and create posters for her demonstration (“How to Cut up a Chicken”), Eimer Murphy, Properties Manager, sought help from the History Team.

Sue Benedetti emailed the 1959 photo of President Eisenhower opening the National 4-H Center; 4-H’er Anita Hodson wore the then-required girls’ uniform. Murphy replied, “That’s brilliant; than you so much!” In the final version, the costume was changed because Emma had to go horseback riding after her demonstration. Sue Fisher and Larry Ziliox surveyed several Extension Service websites for chicken-cutting diagrams; the Illinois version was selected.

According to Murphy, “The costume designer for this play is Joan Bergin, an Irish designer of some distinction… I warn you that she may take som liberties with the look of the costume; it’s called artistic license.” Bergin, one of Ireland’s most eminent costume designers, and the person interpreting the 4-H uniform, has won three Emmys and two Irish Film and Television Association (IFTA) awards.

Shepard’s play has been performed around the world, and was a major US film in 1994 starring James Wood and Kathy Bates. 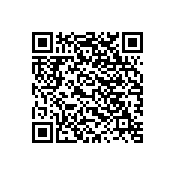