Recently, http://4-HHistoryPreservation.com added the history of the National 4-H Service Committee (originally National Committee on Boys and Girls Club Work), one of the predecessors of National 4-H Council.

In the early 1900’s, as a new concept of education (first 3-H, then 4-H from 1911) grew in rural areas, two groups of people played important roles. First, progressive rural educators took the lead in three-fold, then four-fold developmental training for farm boys and girls, leading to government support of Boys’ and Girls’ Club work, administered by the Extension Services of the Land Grant University system and U.S. Department of Agriculture. The second group included generous business firms and individuals who aided the educators by furnishing incentives to youth for outstanding accomplishments. This effort evolved into the National Committee on Boys’ and Girls’ Club Work, established in Chicago in 1921.

There was no comparable entity for the Committee to emulate in the 1920s; it survived and thrived in unchartered waters due to strong leadership and committed staff. Working closely with Federal and State Extension Services, with little money and a small staff, the Committee was determined to fill the role of providing support in those areas 4-H most desperately needed. Many of those areas remained central to the committee’s offerings at the time of the merger: awards programs, National 4-H Congress, National 4-H News, National 4-H Supply Service and a strong media service.

There probably was no stronger example of public/private partnership than that of the national 4-H awards programs. Dozens of donor corporations provided county medals, state trips and national scholarships as recognition to hundreds of thousands of 4-H members each year. State winners lucky enough to receive a trip to National 4-H Congress in Chicago experienced a celebratory week they would never forget, and national winners appreciated their scholarships as an assist in going to college and launching a career.

During the depression years of the 1920s and 1930s, the committee did its part to uplift the spirits of young people and farm families served by 4-H. They solicited writers and composers for plays, skits, songs and recreational activities, offering many through the Supply Service and National 4-H News.

Educational Aids – member manuals, leader guides, slide sets, films and videos – became a large support service for the committee in the 1960s and 1970s. Produced with the direction and support of Extension Developmental Committees and supported by donor funding, nearly 1,000 educational aids were produced at the national level, accounting for millions of copies sold annually.

Through its entire history, the National 4-H Service Committee placed a heavy priority on promotion, visibility and media support. The National 4-H Poster Program, National 4-H Calendar Program, Report to the Nation, weekly national network radio programs, and public service announcements for National 4-H Week were all a part of this effort. The public exposure during National 4-H Congress, where between 300 and 600 media representatives covered the event in person, where Chicago newspaper writers worked nights prior to the event writing hundreds of releases, and where Extension Information staffs helped cover the event with even more press, radio and television, made National 4-H Congress one of the top four media-exposed conventions in the entire country year after year.

Although the National 4-H Service Committee traditionally did not have a large staff, they knew how to get the job done. Their impact on 4-H was felt from the national level to the grassroots in every area – medals and awards, support for new pilot programs, supply items, leaders’ magazine, educational aids, leader training, and publicity support – for all of the 56 years of its existence.

Take time to read this new website section on the National Committee’s history. We think you will find it not only enjoyable and inspirational, but will learn more about a piece of 4-H history that makes the program what it is today. 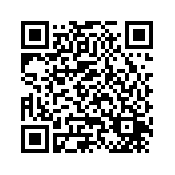